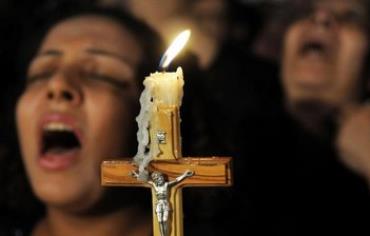 The majority of anti-Christian persecution in the world in 2013 took place at the hands of Muslims, according to a list by Open Doors USA.

The nondenominational group supporting persecuted Christians worldwide recently released its 2014 World Watch List, which describes and ranks anti-Christian persecution in a list of the 50 worst countries for 2013.

It reported increasing violence against Christians in Africa, and said radical Muslims were the main source of persecution in 36 countries on its list – both in Islamic countries and in non-Muslim countries such as Kenya (ranked 40th), Ethiopia (17th) and Tanzania (49th).

Christianity is the largest and most widely spread faith in the world, with 2.2 billion followers, or 32 percent of the world population, according to a survey by the US-based Pew Forum on Religion and Public Life.

“The one glaring fact that emerges from this report,” American-born scholar Raymond Ibrahim said in his analysis of the statistics on the Christian Broadcasting Network News website, “is that the overwhelming majority of Christian persecution around the world today is being committed at the hands of Muslims of all races, languages, cultures and socio-political circumstances: Muslims from among America’s allies (Saudi Arabia) and its enemies (Iran); Muslims from economically rich nations (Qatar) and from poor nations (Somalia and Yemen); Muslims from ‘Islamic republic’ nations (Afghanistan) and from ‘moderate’ nations (Malaysia and Indonesia); [and] Muslims from nations rescued by America (Kuwait).”

Ibrahim, the son of Coptic Christian Egyptian parents, is a Shillman fellow at the David Horowitz Freedom Center, an associate fellow at the Middle East Forum and author of a new book, titled Crucified Again: Exposing Islam’s New War on Christians, that documents the suffering of Christians in the region.

He said that in contrast to the persecution in Muslim states, Christian suffering in North Korea was likely temporary, and would end with the regime’s fall just as religious persecution did after the fall of the communist Soviet Union. In Islamic countries, he said, the opposite tends to be the case.

He noted that in countries that underwent “Arab Spring” uprisings, increased persecution occurred after the regimes collapsed. After the fall of Saddam Hussein in Iraq, Hosni Mubarak in Egypt and Muammar Gaddafi in Libya, and in places where the Syrian regime has lost power, Christian suffering has increased, he said.

“Muslim persecution of Christians,” Ibrahim said, is “part of a continuum that started nearly 14 centuries ago.”

Reuters contributed to this report.