Duping the West with talk of “religious freedom” while enslaving Muslims…

If Allah commands Muslims to hate and kill their own non-Muslim families, should Americans be surprised that “Islam hates us”?

It has to do with certain academics and other “experts”…

French Ben Carson recently created controversy by warning against the Muslim doctrine of taqiyya, which allows Muslims to deceive non-Muslims.  I already addressed the accuracy of Carson’s statements here, and the media’s attempts to discredit him here. Soon thereafter, Daniel Pipes, the president of the Middle East Forum, brought an interesting anecdote to my attention. […]

The above 6-minute video is a must-see.  It offers an up close and personal account of what Christian minorities are experiencing at the hands of jihadis and other Muslim “rebels” being supported in the Mideast by the Obama administration. A Christian family from Iraq narrates how their young children were killed and burned alive, “simply […] 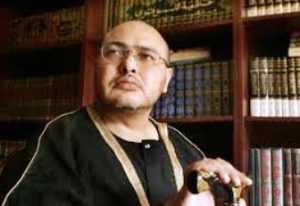 Gatestone Institute  Dr. Ben Carson’s recent assertion that the Islamic doctrine of taqiyya encourages Muslims “to lie to achieve your goals” has prompted the Washington Post’s Glenn Kessler to quote a number of academics to show that the presidential candidate got it wrong: The word “taqiyya” derives from the Arabic words for “piety” and “fear […]

PJ Media Of all the points presidential candidate Ben Carson made in defense of his position that he “would not advocate that we put a Muslim in charge of this nation,” most poignant is his reference to taqiyya, one of Islam’s doctrines of deception. According to Carson, whoever becomes president should be “sworn in on […]

I was recently interviewed on the Glazov Gang with Jamie Glazov and Daniel Greenfield. The topic was my recent article, “When Muslims Betray Non-Muslim Friends and Neighbors.” The description of the show and the show itself follow: On this week’s Glazov Gang, two Shillman Fellows from the David Horowitz Freedom Center, Daniel Greenfield and Raymond […]