More “ISIS” behavior in the Land of the Pharaohs… 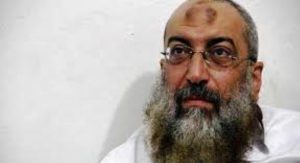 Salafis are still free to spew hate under Sisi…

Coptic Solidarity Dr. Ahmed Darag, an Egyptian political analyst, recently declared that “Every individual in every Islamic group in general, supports the Islamic State in one way or another.”

Coptic Solidarity The shop of a Coptic Christian located in Qena, Egypt, was bombed earlier this week and severely damaged. The first, failed attempt was caught by the shop’s security camera.  In it, a bearded Salafi looking man comes into the shop holding two bags.  He purchases nothing but surreptiously leaves one of the bags behind […]

Coptic Solidarity The Salafi party in Egypt, the Islamic party that most tries to follow the literal example of Muhammad and his first companions, wants the Egyptian government to uphold Islam’s apostasy law and penalties—punishing any born Muslim from abandoning Islam or even criticizing it (which is tantamount to breaking from Islam in Salafi eyes). […]

Coptic Solidarity A video recording made on December 14, 2013 of Dr. Yusuf al-Burhami, a leading cleric in Egypt’s Salafi movement, was recently publicized on Arabic media due to its controversial nature. In the video, Burhami says that “Destroying churches is permissible—as long as the destruction does not bring harm to Muslims, such as false claims that […]

Coptic Solidarity Further demonstrating its true face, Egypt’s National Salafi Party recently refused to count the Islamic State as a “terrorist” organization, or even that it had misinterpreted Islam. Despite the fact that the Islamic State’s many atrocities are well known—crucifixions, beheadings, massacres, enslavements and rapes—Yousry Hammad, the party’s vice president, said: “I hope that a delegation […]

In a move that has many anti-Islamist Egyptians concerned, the government has again allowed the Salafis to return to preaching in mosques and on television. Salafis are Muslims who profess to follow as literally as possible the teachings and habits of Islam’s prophet and his companions. Soon after the June 2013 revolution in Egypt, which saw the […]

Coptic Solidarity In order to expose the Islamist and Salafi mindset, Egyptian journalists continue posting and commenting on the assertions and observations made by the various clerics during former President Morsi’s one year reign and earlier, when the “radicals” felt especially free to speak their mind. One of these, Sheikh Yusuf al-Huwaini—who earlier justified buying and […]