After the Nice, France terror attack—where approximately 84 people were killed and hundreds injured—Western “mainstream media” is again in full damage control trying to rescue “the narrative,” namely, that Islam has nothing to do with terrorism. Take one Reuters report by Tom Heneghan, titled “Foreign and domestic policies make France ‘most threatened country.’”  Its … END_OF_DOCUMENT_TOKEN_TO_BE_REPLACED

PJ Media Why did the so-called “mainstream media,” or MSM, widely disseminate the picture of Alan Kurdi—the three-year-old Syrian child who drowned in the Mediterranean—while never publishing pictures of other Mideast children who, worse than accidentally drowning, were intentionally murdered? Did you, for instance, ever see this more recent picture? This little boy was … END_OF_DOCUMENT_TOKEN_TO_BE_REPLACED

PJ Media A new data-based study published on Yahoo News, Huffington Post, and many other media, purports to have proven that the Bible—including the New Testament—is more violent than the Quran. From Tom McKay’s article about the study: “Fifty-eight percent of Americans have an unfavorable opinion of Islam” thanks to a “laundry list of misinformation about the faith's … END_OF_DOCUMENT_TOKEN_TO_BE_REPLACED 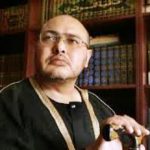 Gatestone Institute  Dr. Ben Carson’s recent assertion that the Islamic doctrine of taqiyya encourages Muslims “to lie to achieve your goals” has prompted the Washington Post’s Glenn Kessler to quote a number of academics to show that the presidential candidate got it wrong: The word “taqiyya” derives from the Arabic words for “piety” and “fear of God” and indicates when a … END_OF_DOCUMENT_TOKEN_TO_BE_REPLACED

PJ Media Of all the points presidential candidate Ben Carson made in defense of his position that he “would not advocate that we put a Muslim in charge of this nation,” most poignant is his reference to taqiyya, one of Islam’s doctrines of deception. According to Carson, whoever becomes president should be “sworn in on a stack of Bibles, not a Koran”: “I do not believe … END_OF_DOCUMENT_TOKEN_TO_BE_REPLACED

© Copyright 2005 – 2022. All Rights Reserved. RaymondIbrahim.com claims no credit for images posted unless otherwise noted. Images on this site are copyright to their respectful owners. If an image belonging to you appears here and you desire it removed, please contact us with the details and it will be promptly removed.