A hate that seeks to persecute Christians beyond the grave…

Not for the faint of heart…

And the House of Representatives disagrees 393 to 0…

Put differently, the primary achievement of U.S. foreign policies is the unprecedented rise of Islamic forces bent on destroying America…

In recent months, Mideast Christians have been forming militias to fight the Islamic State (IS) and other jihadi groups in both Iraq and Syria—even as the Obama administration, which arms the “opposition,” refuses to arm them. In Iraq, some of the few remaining Assyrian Christians have formed militias under the name Dwekh Nawsha (literally meaning […]

Coptic Solidarity The Islamic State reportedly detonated the convent belonging to the Dominican Sisters of St. Catherine of Siena on the morning of November 5. The explosion of the convent caused considerable damage to adjacent buildings. According to the Assyrian Monitor for Human Rights and other media, this latest attack by the “caliphate” occurred in Tel […] 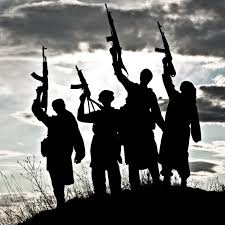 I was recently interviewed on Reel Talk with Audrey Russo.  Among other topics we discussed Iraq’s Grand Ayatollah’s comments on “defensive jihad” and “offensive jihad,” and how Coptic Christians were being abducted in Egypt and tortured to renounce Christianity and embrace Islam. Click here for the 20-minute interview.