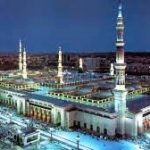 William Kilpatrick has written an insightful article concerning the influx of Muslim migrants into Western nations, including America.  As usual, when it comes to understanding Islam, one need only look to historical precedents -- beginning with prophet Muhammad himself, whose example 98% of all refugees being accepted into the U.S. follow.  The key excerpt from Kilpatrick's … END_OF_DOCUMENT_TOKEN_TO_BE_REPLACED

PJ Media Of all the points presidential candidate Ben Carson made in defense of his position that he “would not advocate that we put a Muslim in charge of this nation,” most poignant is his reference to taqiyya, one of Islam’s doctrines of deception. According to Carson, whoever becomes president should be “sworn in on a stack of Bibles, not a Koran”: “I do not believe … END_OF_DOCUMENT_TOKEN_TO_BE_REPLACED

FrontPage Magazine The media is abuzz with news that a portion of the Koran, which Muslims believe was first recited by their prophet, Muhammad, may actually predate Muhammad himself.  Many seem to think that such news will have a large impact on the Muslim world and make Muslims rethink the veracity of their faith. Thus Tom Holland, a British historian, asserts, “It … END_OF_DOCUMENT_TOKEN_TO_BE_REPLACED

If even the wings of a butterfly have weight and shared causality, then what of the teachings and example of a seventh century desert prophet? By Ralph H. Sidway, an Orthodox Christian researcher and writer, and author of Facing Islam: What the Ancient Church has to say about the Religion of Muhammad. He operates the Facing Islam blog. President Obama, during his recent … END_OF_DOCUMENT_TOKEN_TO_BE_REPLACED

The idea that Islam needs to reform is again in the spotlight following the recent publication of Ayaan Hirsi Ali’s new book, Heretic: Why Islam Needs a Reformation Now.  While Ali makes the argument that Islam can reform—and is in desperate need of taking the extreme measures she suggests to do so—many of her critics offer a plethora of opposing claims, including that Islam … END_OF_DOCUMENT_TOKEN_TO_BE_REPLACED